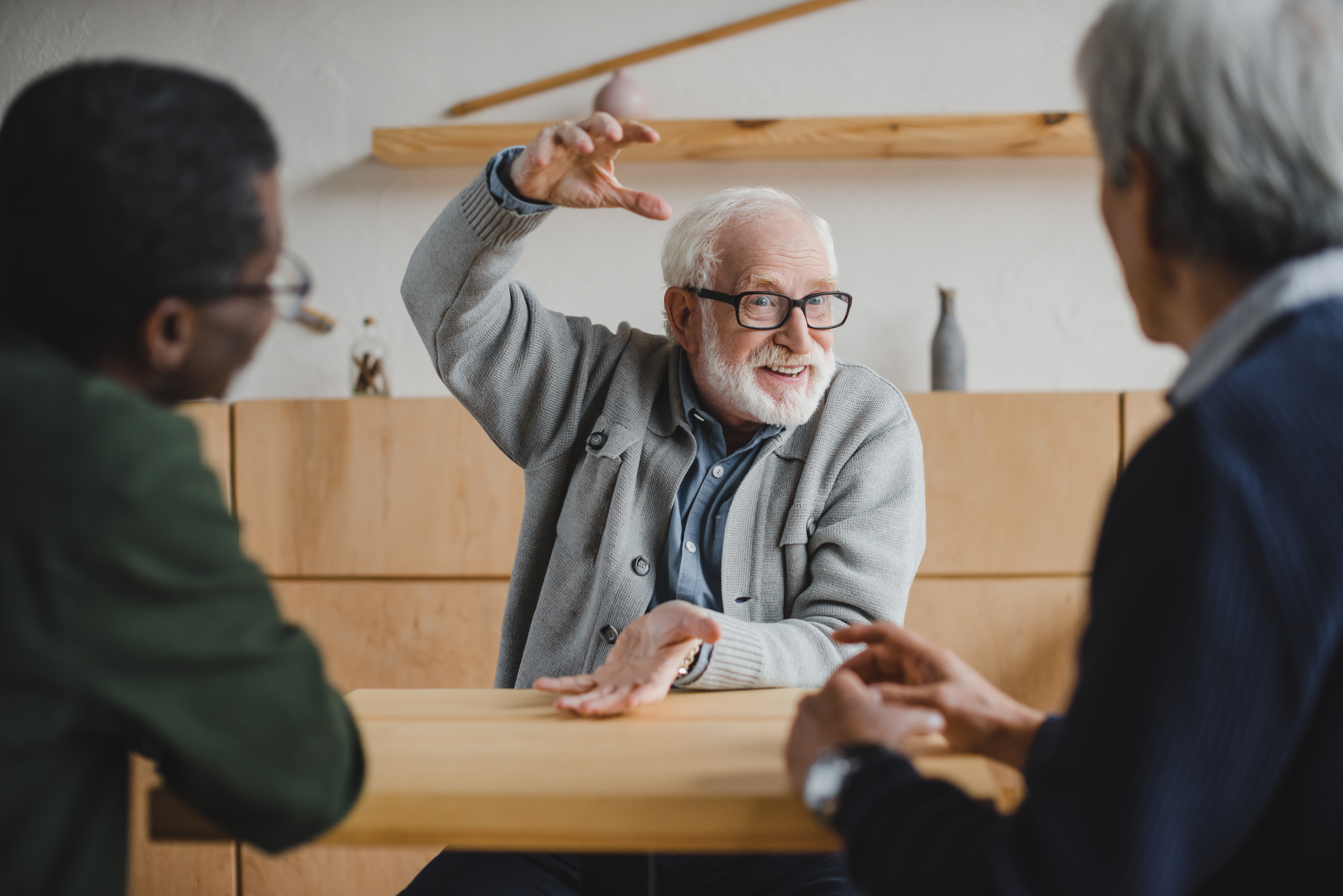 Pay close attention next time you watch someone give a presentation. Do they tell a story at any point during the talk? If so, don’t focus on the story only. Focus also on the speaker.

You’ll likely notice that the speaker’s delivery style improves. Their energy increases a little. Their facial expressions become more varied and animated. Their voice takes on more inflection and life.

If possible, focus also on the way you feel as a listener. You’ll probably notice that you are more interested in what the speaker is saying. You feel more connected to the speaker and more sympathetic to the message.

The Research on Storytelling

Storytelling is an incredibly powerful tool for a persuader. No marketing team, salesperson, lawyer, preacher, teacher, or any other professional with a client-facing job is likely to find much success if they have not become skilled at sharing a good anecdote.

Stories are the way we have been trained since infancy to understand the world. James Bruner, a famous American psychologist, concluded that a story is 22 times more effective than a list of facts for remembering details. Not only that. People are much more willing to pay a lot more money for something if they feel emotionally connected to it.

A 2006 experiment conducted by the New York Times Magazine illustrates this point well. The researchers began by purchasing two hundred objects from eBay. Each object was purchased for roughly one dollar, for a total of around $200. Writers were then hired to produce a unique story, something very brief, for each object. The story was then included with the object description and reposted for sale–again, on eBay. The two hundred objects, each now tied to a story, were resold for a grand total of $8,000, a 4,000% increase! One object, a cracked ceramic horse, sold for over $40. An empty jar of mayonnaise sold for more than $50. The study has been replicated multiple times and has spawned an ongoing conversation called Significant Objects.

Numbers like these reinforce what most of us probably already know by instinct. Stories have the power to trigger emotions and build connection and desire. Politicians and religious leaders have long known this. Business leaders and other professionals have caught on as well. Are you using stories to build better relationships?

How should you tell a story?

Say you’re a salesperson and you want to add a little human interest to your pitch. Your goal is simply to build a stronger emotional connection. So, there is no need to go over-the-top or get fancy with your story. Instead, follow these six steps:

A good, traditional story does not meander. It stays focused on the following four parts: setting, problem, solution, outcome. Briefly set the stage and actors in the story. Identify the problem they face. Explain the solution they implement. Describe the positive outcome they experience.

A true story will come more naturally from the heart. This distinction is important because it means you will deliver the story in a more natural and engaging way. Minor embellishments can be forgiven. Lies are unacceptable.

Irrelevant stories may waste the customer’s time. A story is relevant when it has direct application to the situation the customer is in.

Don’t say, “I had one supervisor who was this big, intimidating-looking guy, but when you got to know him he was really cool. ” Instead, say, “I had one supervisor who must have been 6’4”. He had this barrel chest like he went to the gym twice a day. Plus, he had this deep voice. Oh, and he was always dressed in one of his favorite blue suits. But when he sat down with you, he just somehow made you feel like you were in charge.”

Look for opportunities to connect the story to the customer in specific ways. For example: “I met this one wholesaler at the convention last year. I remember you were there, right?” The more you can create concrete links to the customer, the better.

Nothing frustrates a customer more than a salesperson who seems to be stealing their time. Follow all of the above steps, but make the story brief. Keep it to a minute or two.

Easily one of the most common mistakes professionals make is to forget the human element of what they do. You do not need to add dramatic monologues about the death of a loved one to a simple project update, but telling a brief story about something a client recently said or sharing an anecdote of how your company’s product recently improved the life of a local client or customer will create stronger bonds between you and your listener. And it will give your speaking style some added life.

For your benefit, I’ve included an example story below. Take a look. It includes a setting, problem, solution, and outcome. It also includes elements of detail, relevance, and engagement. It even deploys subtle elements of suspense, sympathy, and humor. And yet, at well under two minutes, it is very short.

Salesperson: Actually, that reminds me. Can I share a quick story?

[Setting] It happened at the convention in Orlando last year. In fact, I remember seeing you there. You might have met this same purchaser: Linda Everett from Northwall. Anyway, I was on the floor, getting ready to take our display down. It was the end of the day, so the place was mostly empty. We were all tired. People were hungry and hot. I remember I was starting to sweat through my shirt. Out of the corner of my eye, I notice a person coming up to our table, and I’m thinking, I’m just not in the mood for more talking. Turns out it’s Linda.

[Problem] Two years ago, she had the same concern you just described. It was a down year for the industry. People were talking about a possible recession. Companies were cutting rather than expanding their budgets. And Northwall was having the same problem monitoring and moving inventory, but they were hesitant to invest in a whole new system, even if the data showed it would pay for itself. You know what it’s like: The promise of future dollars in a recession rings kind of hollow to accountants. They want to cut.

[Solution] But the research was on my side. And, I had a good working relationship with Linda and her CEO. So, they took my word for it that within a year they’d see returns. I was a little nervous when I saw her that day because I had tried to reach her to follow up on how the system was working, but she hadn’t returned my emails. So, I didn’t know whether this was going to be an awkward conversation or a happy one. Suddenly, I was super conscious of my sweating! She was smiling though. So, I thought, OK that’s a good sign.

[Outcome] Bottom line: She apologized for not getting back to me and said she was hoping to find me at the convention to let me know the good news. Northwall had seen a 58% drop in inventory waste that year. The system had already paid itself off, and it was on track to do it twice over by the end of the current year. She said the CEO was ecstatic.